Mystic-Faery   for a magical mystical experience 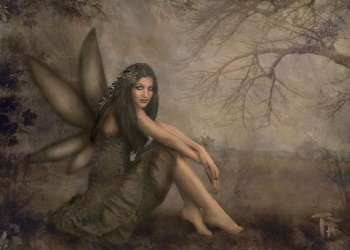 Real generosity is doing something nice for someone who'll never find it out.

The Fairy Beam Upon You.

The fairy beam upon you,

The stars to glisten on you,

A moon of light

In the noon of night,

Till the firedrake hath o'er-gone you.

The wheel of fortune guide you,

The boy with the bow beside you

Run aye in the way

Till the bird of day

And the luckier lote betide you.

Chinese Astrology is made up of 12 animal signs that recur at 12 yearly intervals, find a brief description of each sign below.

DOG: This is the honest, friendly and sincere sign of the zodiac. People born under the Dog always seem to be ready for action and this quality brings respect from others around them. They can be brave and courageous and rarely withdraw from a commitment or betray a confidence. Their inner power and physical vigour makes them good people to have on a team. They are very loyal and reliable and in relationships settle with someone who supports them. They are devoted to the welfare of others and are often wonderful listeners. They can be very faithful to their partners and to others around them. The careers that they approach include teaching, social work, counselling, medicine, research, public campaigning and law.
Years: 1922, 1934, 1946, 1958, 1970, 1982, 1994, 2006.

PIG: Pigs are tolerant and generous, virtuous and peaceful. They are well liked for their honesty and warm natures. They aim to find the best in people and allow others plenty of freedom of expression. They are often imbued with the energy of wealth and the support of others though they are not concerned with accumulating wealth. They can be content with modest means. They rarely criticise others and are not vengeful and thus have few enemies. The Pig accepts the existing richness of life and doesn't demand more. They enjoy simple and earthy pleasures. In relationships they give love and affection and trust that they will receive the same. They possess considerable determination and if they set their minds on something will pursue it and attain it. Good careers are in music, food, writing, social work, gardening and looking after others.
Years: 1923, 1935, 1947, 1959, 1971, 1983, 1995, 2007.

RAT:They are intelligent, charming and ambitious and often successful in business. Rats are quick to spot potential and put their creative and clever ideas into effect. At times they may appear stubborn, selfish and greedy as they approach things wholeheartedly. They are energetic and great organizers so if you want something done call in a Rat. They are suited to careers in shop keeping, sales, buying and selling or accountancy. They shine in managerial positions. In partnership they are faithful if their partner provides security and love.
Years: 1924, 1936, 1948, 1960, 1972, 1984, 1996, 2008.

OX: They are steady, honest, gentle and reliable. The Ox builds plans and ideas on firm ground. Patience and hard work bring success to the Ox. They need peace and quiet to work through their ideas and are best left alone to work as they can become hotheaded, inflexible and stubborn when pushed. They are logical and find it hard to forgive if deceived. They prefer a truthful, loyal and committed partner. They work well in careers to do with the earth, visual arts, farming, estate management, cooking, religion and medicine. They are often very skilled with their hands.
Years: 1925, 1937, 1949, 1961, 1973, 1985, 1997, 2009.

TIGER:They are determined, enthusiastic and positive with a sense of superiority. Tigers explore the potential in unlikely situations. They like to see everything settled, rarely abandon projects and will become self centered and obstinate if they fail to achieve. Tigers tend to place themselves in leadership or radical roles. They may become aggressive if trapped. In love, they need a steady consistent partner who quietly gets on with their own life. They are born leaders, are suited to travel, designing, advertising, politics or the military.
Years: 1926, 1938, 1950, 1962, 1974, 1986, 1998, 2010.

RABBIT: Are usually generous, friendly and tranquil by nature. Rabbits like everything to be low key and even tempered and are anxious if forced to take risks. They enjoy paying attention to detail to create an ambience in their lives. Rabbits most often prefer the easy road. There ideal partner is loving and kind hearted and always fulfills their partner's desires. Rabbits are suited to careers in literature, art, design, public relations, counselling, advisory occupations and law. They also make good secretaries.
Years: 1927, 1939, 1951, 1963, 1975, 1987, 1999, 2011.

DRAGON: Their personality is energetic, enthusiastic and self-confident. Dragons are good at creating an impression. Dragons are interested in the world around them, full of energy and are comfortable with being the centre of attention. In difficult situations, Dragons can judge well, stepping in at the right moment to resolve things. They can be decisive, lucky and capable yet quiet serious and dignified. They can also be brave and charismatic and have a whole hearted approach to life. They see themselves as protectors. In partnerships they look for someone who will give them space and at the same time satisfy their romantic nature. They can often be disappointed at what they see as weakness in others. Their careers can be in acting, law, religion, management and the arts. Enjoying responsibility they will not tolerate being trapped in poor jobs or being at the mercy of others.
Years: 1928, 1940, 1952, 1964, 1976, 1988, 2000, 2012.

SNAKE: They like to always be in control, are charming and captivating, yet calculating and often conservative. They are often enduring characters who can keep going in adversity. They have the alertness of the snake and often exhibit uncanny perception. Companionship, moral support and love are important to a Snake in intimate relationships. Their partners must like cosy surroundings and intimacy. They are brilliant at laying in wait and may patiently observe for months or years, then strike at the right moment. Their careers are in public relations, archaeology, astrology, philosophy, catering or the law.
Years: 1929, 1941, 1953, 1965, 1977, 1989, 2001, 2013

HORSE: Are independent, confident, full of strength and ambitious. Also very honest and loyal.They set out to achieve recognition for their skills. They often turn out to be totally devoted to their work, family or home. Even in the face of crises, Horses have a tendency to go forward which is a sign of their tremendous inner confidence. They are willing to do their very best and are usually devoted to whatever they focus on . They are often very devoted to their tasks and need a partner who will take care of them but will also leave them free to pursue their own adventures if needed. In careers they will make good politicians, explorers and artists.
Years: 1918, 1930, 1942, 1954, 1966, 1978, 1990, 2002, 2014.

SHEEP: Are considered patient and like to exercise moderation and caution in all aspects of their lives. They can bear great pressure and remain stable. Can be very hard workers accomplishing much and can easily take on more than their load. Often they will remain in the background of an endeavor not needing to hog the limelight. Good team workers. Their steadfastness makes them very reliable. In love they tend towards a partner who will protect them and give them space for their creativity. They can have careers in the arts, research, outdoor work, emergency relief work, in libraries or in design.
Years: 1919, 1931, 1943, 1955, 1967, 1979, 1991, 2003, 2015.

MONKEY:These are the active signs of the zodiac. People born in these years have an inner spirit of lightning energy. They have a mental gift of being intelligent and learning quickly, they come up with new ideas and like to learn new things. They love playing games and are often ready to tease or play tricks. Their fast moving energy makes them sometimes appear insensitive to others so often for this reason they find it hard to settle with one person. Often Monkeys find themselves born into families that support them well. They can be very ambitious and adaptable. In career they are good at design, media management, public relations and planning.
Years: 1920, 1932, 1944, 1956, 1968, 1980, 1992, 2004, 2016.

ROOSTER: These people are very courageous, brave and wise. They enjoy singing and music and can be very creative. Often have very powerful imaginations. They have a strength of persistence and often exhibit strong personal power usually knowing what they want. Are very good talkers and can persuade others. In relationships they frequently yearn for companionship or friendship and make astute observers of what happens in a partnership. In career they can be adept in politics, public relations, arts, creative work, and scientific endeavors.
Years: 1921, 1933, 1945, 1957, 1969, 1981, 1993, 2005, 2017.